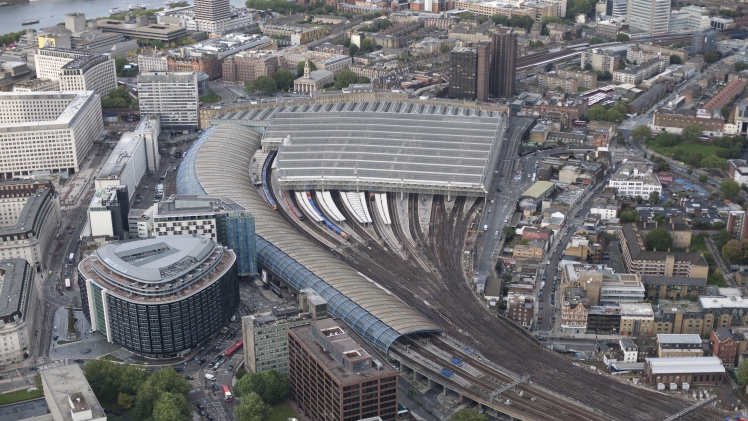 Many people know about the famous Waterloo Station in London. However, many people do not know about its earlier years and how it became such a widely used station.

Read on for a brief history of London’s Waterloo Station.

The first train station built in London was the London and Southampton Railway at Nine Elms. In 1848, the Waterloo Station was built to extend the trains’ reach two miles closer to the city. This original station was complete with six platforms, known as the central station, which quickly became known as a way for those wishing to attend the race to get to Epsom on time.

Throughout the years, the Waterloo Station became a highly utilized mode of transportation, forcing it to require additional platforms to keep up with demand.

By the end of these improvements, this station had a confusing mess of 18 different platforms that were all poorly numbered across four significantly different sections of the station. With just four pedestrian lines for entry, the station often experienced a plethora of confused and frustrated passengers, as well as many delays.

It became clear to the London and Southwestern Railway that something had to be done about the confusing and seemingly impossible layout. So, in 1899 the company submitted a request to demolish and completely rebuild the not-so-beloved Waterloo station.

After about 2 decades, the new and improved Waterloo stood with a beautiful open design that allowed light and gentle airflow to grace its passengers. This was quite the change from the former maze of dark tunnels that it used to be.

A Tribute to Fallen Soldiers

Along with the impressive architectural design, the chief architect, J R Scott, built the Victory Arch into the main entrance as a memorial to the station’s staff members who lost their lives during World War 1.

After the complete makeover in the early-mid 1900s, Waterloo did not change much until the 1990s. The station demolished its 20th and 21st platforms to create room for the new Waterloo International platforms. These platforms officially opened in 1994 and ran Eurostar services through the brand new Channel Tunnel. However, this did not last long as Waterloo International closed its doors in the early 2000s.

The Modern Station and Its Amenities

The biggest and busiest station in Britain remains open to this day and is busier than ever. At the present, this station is up-to-date with all of its facilities and amenities. In addition to typical train station facilities, Waterloo offers a wide array of features like restaurants, coffee shops, luggage storage, and retail stores. Here are a few examples.

Throughout the enormous train station, there are plenty of places to sit down and have a bite to eat. No matter what mood you are in, there are options for you. Here are just a few examples.

In addition to restaurants and bars, there are plenty of places to get your caffeine fix and work on school or work. Here are a couple of examples.

Traveling can always be a hassle, especially when you have heavy bags to carry around. For this reason, many people use luggage storage in Waterloo Station to keep their bags safe while not on the train. This is especially handy when you have a long wait for your next train and want to get out into the city. It can also be useful for those who have later check-in times at their hotel.

After you drop your bag off, you can make use of your wait by enjoying the retail shops within the station. Whether you wish to shop for clothes, souvenirs, snacks, alcohol, or even electronic accessories, this station has it!

Waterloo Station got off to a pretty rocky start. The early builders had no idea that it would take off so quickly in popularity and never could have imagined the mess they were to make by just keeping up with popular demand. Luckily, they were approved for a rebuild, learned from their mistakes, and moved on to build one of the world’s best train stations.

Today, Waterloo is a great station that thousands of people pass through every day. It is definitely worth a visit on your next trip to London. In fact, you may have no choice but to use it depending on how you like to travel.

Your Ideal LinkedIn “Thank You” Message

Different Pillow Sizes For Every Type of Bed